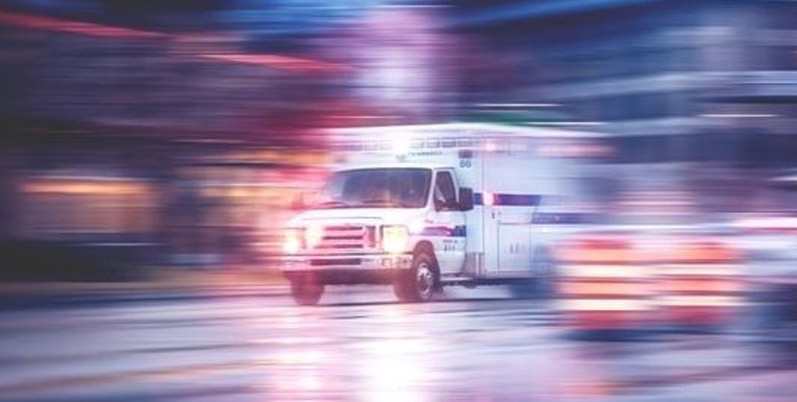 BEDFORD-STUYVESANT, BROOKLYN — Bedford-Stuyvesant Volunteer Ambulance Corps was formed when few people stepped up to help the neighborhood — and even went out of their way to avoid it.

Now, the historic, minority-run ambulance service needs a bit of help of its own as it navigates the new coronavirus pandemic.

Funding has dwindled throughout the crisis, leaving the service in the lurch.

“We need your help to be able to continue to fight this battle,” said Antoine Robinson, the corps’ commanding officer, in a statement.

The corps, which is the first minority-run volunteer ambulance service in the country, cut those service times down to minutes, according to a lengthy news obituary for Rocky Robinson published in the New York Times in October.

His son Antoine Robinson continues to run the Bed-Stuy ambulance service, but it has found itself under increasing strain during the pandemic.

City Councilman Robert Cornegy and Brooklyn Borough President Eric Adams in late April made an emergency delivery of masks and other personal protective gear to the service.

“We’re out here fighting every day,” Robinson said as he accepted the donation.

Robinson this week issued a release outlining an increasingly tight situation for the service as it spends more on gas, repairs, medical supplies and utilities to answer more and more emergency calls amid the pandemic.

“The revenue we normally count on — from our in-person training programs, in-person EMT standby services at local events, and in-person neighborhood fundraising activities — has suddenly stopped because of the pandemic,” said Tamsin Wolf, the service’s treasurer, in a written statement.

This article originally appeared on the Bed-Stuy Patch